Jeff was born and raised in Fort Worth. He graduated from Arlington Heights High School in Fort Worth. Jeff attended Baylor University where he studied marketing and management. While at Baylor, Jeff met his future wife. After graduating from Baylor with a BBA in Management and Human Resources Management, Jeff married his wife and followed her to Houston while she finished optometry school. In 1997 they returned to Fort Worth to settle down and start a family. They now have two wonderful children, a yellow lab, and four bearded dragons. One of the bearded dragons resides at Vision City in Lake Worth. Romeo is on display year-round, but is often hard to see during hibernation season.

Jeff worked in various management positions at Macy's for 3 ½ years, and Best Buy for 8 ½ years, In 2007, he decided to leave the electronics industry and began to train in the optical industry. He trained at a well known optical laboratory to learn the principals and mechanics of making eyeglasses. After 6 months of training he decided to come on board at Vision City of Lake Worth and make it a family business. He is now the general manager of Vision City of Lake Worth. Jeff is also a licensed optician and is certified by the American Board of Opticianry.

When Jeff is not at work, he can be found working on either his daughter's or son's car, which is most of the time, or cheering his son on as trains and competes as a 3rd degree black belt in Taekwondo. His other hobbies include traveling with his lovely wife, lounging at the pool, or the occasional hunting Pokemon. 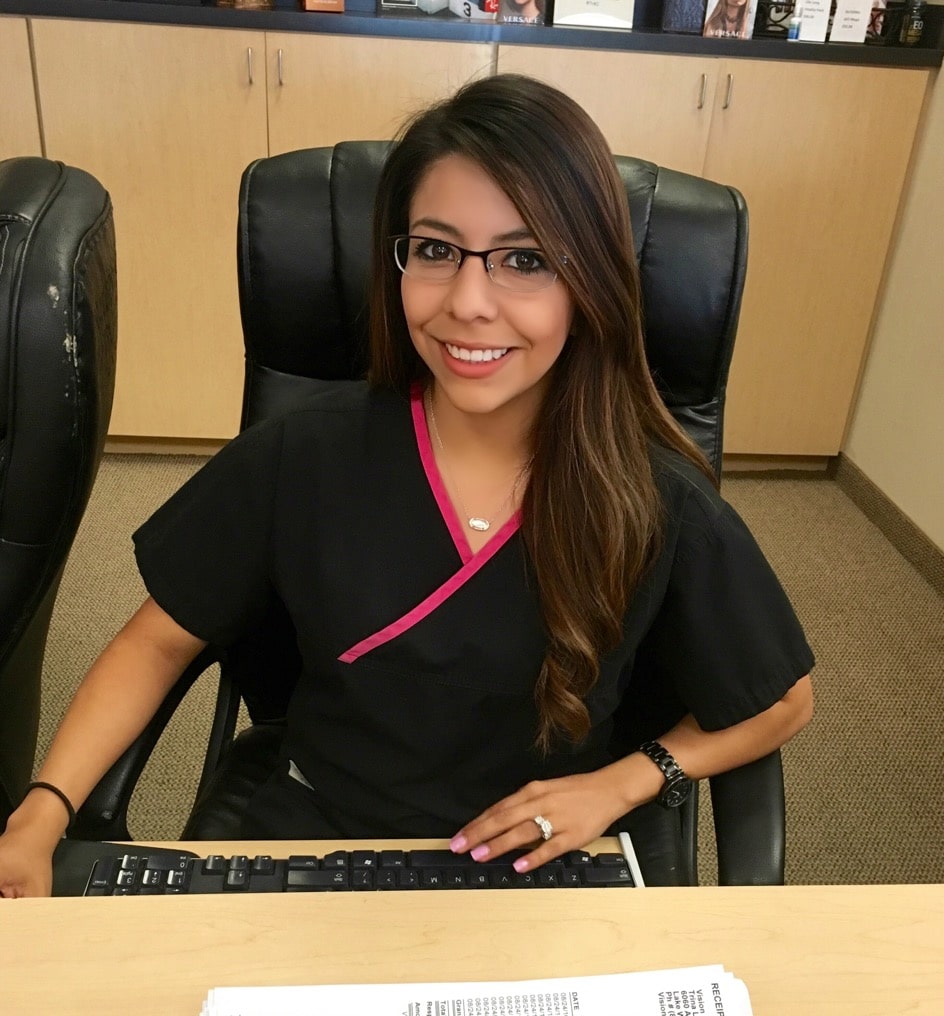 Mel is happily married to her husband David. They have been Fort Worth residents for over 5 years. Her hobbies include working out, traveling the world, and spending time with friends and family and she loves helping her Eye school students.

Mel joined our Vision City staff in 2011 and has been a big part of our team since then. You can find Mel on the optical floor assisting patients in selecting appropriate eyewear and lens options to enhance their look and lifestyle.She is also fluent in Spanish.

In 2014 she became a Vision Therapist at our Lake worth Eye School; the relationships, challenges, and achievements that she has shared with each student is what drives her passion for Vision Therapy.

We look forward to hearing from you.

Find us on the map